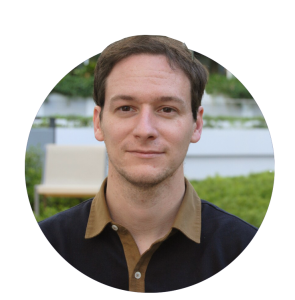 CEO/MD and co-founder, PhD. in Biomedicine.

He has a doctoral degree in Biomedicine.

He is specialized in the analysis of genomic variations in cancer by means of new sequencing technologies, and in the detection of alterations in brain activity in persons with mental disorders.

His participation and coordination in numerous international and clinical research projects have contributed to broaden his knowledge of being in command, managing and planning projects, involving hospitals and research centers.

He trained in the field of genetics in the Department of Genes and Diseases, in the hands of Dr. Xavier Estivill in the Center for Genomic Regulation (CRG). He then achieved his doctoral thesis on signal processing and brain activity of neuroimaging data in patients with mental disorders in the Computational Neuroscience Group (CNS) of the Center for Brain and Cognition (CBC) with Prof. Gustavo Deco. He involved in this project different hospitals and research centers located in the metropolitan area of Barcelona, such as the Universitat Pompeu Fabra, the Universitat de Barcelona, the Hospital Clínic and the Hospital de Bellvitge, with which he still collaborates.

He is currently participating in research projects on genes and diseases as well as on mental disorders (major depression, obsessive-compulsive disorder, bipolar disorder) on the basis of more than 250 samples. For more than 6 years, he has been specialising in massive sequencing data processing (Next Generation Sequencing, NGS). He has published reports on this topic in several international journals like Nature and Leukemia, and created different analytical tools for the detection of variations in the human genome, which the international Pan-Cancer project uses (The Cancer Genome Atlas), and so does Qatar for genome sequencing. He has also been involved in clinical research projects together with Dr. Rafael Rosell (medical practitioner of the IOR and the Quirón Dexeus Group, among others) and in the Co-Chair of The European Thoracic Oncology Platform (ETOP) with Miguel Ángel Molina.

Between 2009 and 2012, he was part of the group which sequenced the first genome of Chronic Lymphocytic Leukemia (CLL) within the International Cancer Genome Consortium (ICGC).

In 2014/2015, he started up a European research project (H2020) together with Nuria Nabau and Miguel Angel Molina, in which he was the main researcher within the ICO (Institut Català d’Oncologia, Bellvitge). This project was valued at more than €6 million and involved the ETOP consortium, composed of a total of 21 hospitals and European organisations from more than 4 countries. This project obtained a high score, reaching the top positions of the final round.

At the end of 2014, he founded Whole Genix S.L, where he is currently managing and coordinating different projects of translational and precision medicine analysis, using massive sequencing technologies.

In 2015, he obtained a subsidy from the “Consejo Nacional de Investigaciones Científicas y Técnicas” (CONICET) together with Fundación Instituto Leloir for the implementation of new genomic analysis techniques in Argentina (Buenos Aires). He is currently a reviewer for the international Bioinformatics Oxford Journal in the field of genetics.

The two faces of major depression: genetic and environmental factors.

Scientists present the most common genome of leukemia (CLL) 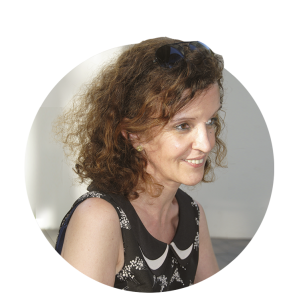 CKO and co-founder, PhD. in Molecular and Cellular Biology.

She has a PhD. in Molecular and Cellular Biology, and she has become specialized in the molecular mechanisms of cancer.

Her experience as a laboratory analyst and the work she has achieved monitoring clinical pharmacological trials at national and international levels contribute to broaden her knowledge.

She has even taken part in numerous international projects, such as H2020.

She performed her doctoral thesis in the field of basic research in molecular and cellular biology of colon and pancreas cancer in the Laboratorio de Investigación Grastrointestinal of the Hospital de Sant Pau with a scholarship for researchers (Beca FI), granted by the Generalitat de Catalunya.  She was initially in charge of developing the cell culture section. She has broad professional experience, in addition to a strong academic training, in the field of health and the clinic as a clinical microbiology laboratory analyst in the Hospital de Sant Pau and as a Clinical Research Associate (CRA), where she monitored the clinical trials of different drugs during phases III and IV at national and international levels.

She participated in research projects on molecular mechanisms involved in cancer development. She has recently combined and applied this knowledge to the computational analyses of the human genome, and she has been published in international scientific journals. She has also been involved in clinical research projects together with Dr. MD. Rafael Rosell (medical practitioner of the IOR and of the Quirón Dexeus Group, among others) and in the Co-Chair of the ETOP with Dr. Miguel Ángel Molina. Together with both doctors, she participated in a research project at European level: Horizon 2020. Between 2014 and 2015, she collaborated with Dr. Tornador in developing it as a researcher within the Institut Català d’Oncologia. The project was valued at more than €6 million and involved the ETOP consortium, composed of a total of 21 hospitals and European institutions.

At the end of 2014, she co-founded Whole Genix. S.L. She is currently performing the development of bioinformatics analysis services with clinical application in this company. In 2015, she obtained a subsidy from the Consejo Nacional de Investigaciones Científicas y Técnicas (CONICET) for the implementation of new genomic analysis techniques in the Fundación Instituto Leloir (Buenos Aires, Argentina).

She is currently collaborating in a new clinical research project wihin The European Thoracic Oncology Platform (ETOP) consortium in order to apply for a European fresh start within the H2020 Programme in August 2016. 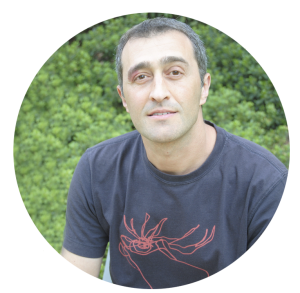 He has a PhD. in Theorical Chemistry and is a Technical Engineer in Computer Systems.

He has worked as a system administrator and after that as a scientific computing manager in different renowned research centers, such as the CRG in Barcelona, and currently the MPI-CBG in Dresden, Germany.

He has a B.A. in Chemistry from the Universitat Autònoma de Barcelona (UAB) in 1994. In 2000, he obtained a doctoral degree in Chemistry in the Theorical Chemistry Group of the Department of Physics and Chemistry of the UAB. In 2013, he became a Technical Engineer in Computer Systems at the Universitat Oberta de Catalunya (UOC).

Until 2001, he worked as a system administrator in the Department of Physics and Chemistry of the Universitat Autònoma de Barcelona. After a short period of time in which he worked as a software engineer in LocTeam S.L., a company that is mostly subcontracted by Apple for the location of its OS X operating system, he started to work in 2002 as a system administrator in the Genome Bioinformatics Group carried out by Dr. Roderic Guigó, which was part of the Biomedical Informatics Research Group (GRIB) of the Mar Institute of Medical Research Foundation of Barcelona (IMIM).

In 2006, he took leadership of the Scientific Computing Team and was responsible for the I.T. infrastructure of the Bioinformatics and Genomics Programme of the recently inaugurated Center for Genomic Regulation (CRG), and then he was a member of Dr. Guigó’s Genome Bioinformatics Group. He was responsible for an I.T. infrastructure, mainly optimized for research in Computational Genomics and Systems Biology, which included about 30 servers, 120 workstations, a compute cluster of about 70 nodes and almost 1000 cores, and several hard drives with a total capacity of about 3 PB.

Since 2012, he has been working as a HPC manager in the Max Planck Institute of Molecular Cell Biology and Genetics (MPI-CBG) in Dresden, Germany, where he is in charge of two compute clusters optimized for research in Systems Biology and for SPIM microscopy image analysis (Single Plane Image Microscopy). This represents a total of more than 150 nodes and 4000 cores, with two disk servers associated with a combined capacity of almost 3 PB. Furthermore, he collaborates with the systems team in the management and maintenance of the center servers, and forms part of the I.T. consulting team of the Center for Systems Biology of Dresden (CSBD), located in the campus, a few meters away from the MPI-CBG. The same systems teams and HPC will also be in charge of it after its opening at the end of 2016.

On this website we use cookies to improve our own services. Cookies are files stored in the browser and they are used by most websites to help to personalize your experience. If you keep on surfing, we understand that you accept and allow its use. More Info ACEPTAR